Whenever we imagine South India, the cultural, heritage and artistic traditions of Tamil Nadu come into mind generally. Synonymous to the grandeur and splendour of south, this state of India is a treasure trove of culture and heritage. The heartland of Dravidian beliefs, this state has been Hindu by soul. This is because of the dominion of three prominent dynasties – the Cholas, the Pallavas and the Pandyas. They made sure that their unique religious and political control remains pure from foreign influences.
And they succeeded in their attempt by protecting their kingdoms for around 1,000 years. During this period, these dynasties built forts and even contributed luxuriously towards the unique temple architecture. The temples of Tamil Nadu are the most visible legacy of the Hindu kings. Based on the most intricate and grand gateways or Gopurams, these temples are the most important part of Tamilian heritage. The temple architecture here features the culmination of successive dynasties and testifies the importance of religion in daily life. Also, the temples here are bustling with devotion, rituals, worship, festivals and feasts. The legacy of Gopurams still exists in Tamil Nadu, making it a part of rich traditional heritage.
The famous temples here belong to Mahabalipuram, Kanchipuram, Trichy or Tiruchirapalli, Tanjore or Thanjavur, Madurai and Rameshwaram. Some are simply etched in stone; others symbolize the richness in artistic style and elegance.  In fact out of them, two i.e. Stone temples at Mahabalipuram and the Great Living Chola Temples are even regarded as the world heritage sites. The shrine at Rameshwaram is also a part of Char Dham Hindu Pilgrimage and a Shiva Jyotirlinga.
Chennai, the capital of Tamil Nadu is famous for its wealth of the longest Marina beach, grand mansions, and performing arts. Kanchipuram, besides being a famous pilgrim town is also famous for its patented offering of sarees. Besides, the state also has many other facets to look out for. These include a visit to the offbeat Puducherry, the erstwhile French enclave filled with a cosmopolitan and refined culture. 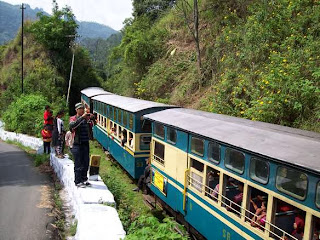 Another unique attraction here includes a visit to the famous hill stations like Coonoor, Kodaikanal, Ooty, etc. A part of Nilgiri Mountains, these hill stations offer welcoming relief to the tourists. Also, one of the hill stations, i.e. Ooty hosts the recognized world heritage site of mountain railways of India, Nilgiri Mountain Railway from Metupalayam to Ooty.  Also known as Toy Train, this cherished rail journey offers the travellers an exciting way to look at the heritage of steam fed engines.
In terms of beaches, the state is bestowed with a large number of beaches. Of all, one beach namely Kanyakumari stands unique for its sacred geography. Located at the southern tip of the Indian subcontinent, this beach is also the meeting point of the Bay of Bengal, Indian Ocean and Arabian Sea. Along with this, the destination also is visited by heritage buffs for Vivekananda Rock Memorial, Kanyakumari Temple and Gandhi Mandapam.
One can spend recurrent vacations to soak in the most of the tourism potentials in Tamil Nadu. The prominent options to explore here include Beaches of Tamil Nadu Tour and South India Temple Tour. 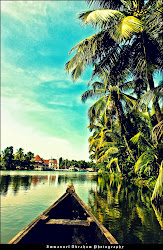